Government goes on holiday as agents go on waiting. —

I came across this article below by Graham Norwood who writes for Estate Agent Today, giving an insight into the world of upcoming property regulation and legislation, particularly affecting the general business of estate agency. I hope you find it informative like I did. Roll on quicker house moves for starters. Peter Scott.

Its holiday time: schools have broken up, quite a few estate agents are taking time off, and the MPs are in recess - and in their case, they dont return to work until September 4.

You might think with six weeks away from Parliament (albeit with plenty of constituency work, Im sure), MPs in general and the government in particular would be tidying up any unfinished business.

Yet - and not for the first time - when it comes to agency-related legislation, we are still in the dark about what politicians have in store.

There are three major pieces of regulation, announced some time ago yet still without a firm timetable for implementation:

So far so good, but just before the Parliamentary recess I asked the Ministry of Housing Communities and Local Government if it could give a timescale for implementation - and answer came there none.

We have a long-standing pledge from the government that it would come into effect next year, and the formal move of the Bill through the Commons and the Lords is titled Tenants Fees Bill 2017-19 - but we have nothing more specific than that, making it difficult for letting agencies to forecast income for the future.

Remember, the ban on letting agents levying fees on tenants in England and Wales was first announced in his 2016 autumn Budget statement...and we still have no implementation date.

The governments consultation period on this began on October 22 2017 and finished on December 17. A summary of responses was published early in April this year - yet little has happened since. Will there be legislation? Will it all be considered too complex and time consuming to tackle while Brexit is going on? Well, bluntly, we do not know.

We have had hints of course - NTSEAT are surveying referral fees, leading to speculation these will be banned; further regulation and formal qualifications are likely to be required from estate agents, according to other government statements. Yet as to specifics, and as to timescale...well, nothing.

Javid announced this intention in November last year - almost nine months ago. An eight-week consultation began on February 18 and ended on April 16.

The MHCLG website says we are analysing your feedback and - it probably goes without saying - when I asked on progress, I didnt get a response.

Is this good enough? I dont mean the lack of response - lets face it, I probably have received a vague statement of intention even if the MHCLG had bothered to reply.

But what I mean is...is it good enough that a government unsettles an industry with pledges to change it fundamentally yet takes such a long time to make its intentions clear?

You might well say that with Brexit, its no surprise everything else takes a back seat.

Well, maybe - but its not that the MHCLG is short of staff.

The publication Civil Service World (dont laugh...I have to read widely for my job) says MHCLG has hired more new starters in 2017-18 than in the previous two years combined.

The publication says there was a 17 per cent growth in MHCLG headcount.

Next time you ask your accountant about how to plug the gap left by the lettings fee ban or consider how you might be able to release negotiators for the mandatory training which (apparently) may be the lot of all agents...well, just ponder that departmental growth rate.

Have a good summer! 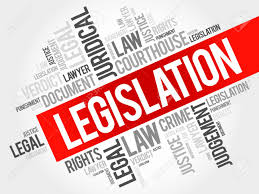